We must focus our eyes on Jesus, the author and finisher of our faith.

Last year I decided to give up some things for Lent.  I even came up with a graphic to post on my refrigerator based on a suggestion from an online post I had read.  This was my formula: water instead of cola, gratitude instead of complaining, prayer instead of worry, 1 x 6 = encourage, which meant I should encourage at least one person each week of Lent.

You already know what the however means, don’t you?  Of course, I didn’t last through Lent.  When a friend suggested that I could probably take weekends off, I gave myself permission to have a cola on weekends which led to a cola at other times.  I am still struggling to give cola up completely.  I still struggle with the whole gratitude thing, but I think I’m getting better.  Worry? Me? The answer to that is for another reflection.  I don’t know if I was encouraging to anyone during that time or not.  I hope so, but I didn’t keep track.

I failed to succeed because I failed to prepare my heart for the true purpose of Lent, which is “to set aside time for reflection on Jesus Christ – his suffering and his sacrifice, his life, death, burial and resurrection.”  I got on the bandwagon on a whim; so, I was doomed to failure from the beginning. As with most things in life, there was a lesson to be gleaned from my failure.

I learned that sacrifice is nothing without obedience.  Obedience is a daily submission to God’s will for my life.  Godly obedience is not the kind of obedience that sounds like a bunch of rules.  Rather, it is a willingness to give Him complete control; it is an acknowledgment of His sovereignty.  Obedience sometimes requires sacrificing and changing plans.  It is 365 days a year, including the forty days of Lent. 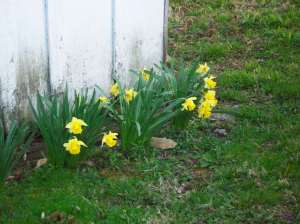 If I need to stretch and grow in my walk with the Lord (and I do), Lent is a good place to start because it puts the focus on Christ and His ultimate sacrifice.  He was obedient to the will of the Father because He knew it would be our salvation.

During this Lenten season, whether you have a list of things you are sacrificing or not, I hope you will “turn your eyes upon Jesus [and] look full in His wonderful face, and [allow] the things of earth [to] grow strangely dim, in the light of His glory and grace.”  My prayer is that you will surrender your life to Him in total submission during Lent and beyond.

This Lenton reflection was originally shared with my congregation at First Baptist in Morehead, KY as part of their Lenten Season Reflections on Sunday March 22, 2015.

5 thoughts on “Turn Your Eyes upon Jesus”