When I shared a little with you last week about my health journey, I wasn’t sure how much more to share or where to go next.  I know some people like more details.  I know that I need to see how it all fits together, so I write it down.  Everything I have written so far was too much for one post, and there is a summarizing or going forward element to all of this that I also need to share; therefore today’s post will be part two of four parts. Today goes back a few years to give you some backstory that some of you already know, but I’ve not written about it much.  In part three I’ll give you a little more specifics on my journey last year (which started late 2014).  Then, I’ll wrap up this impromptu series with part four, which I still need to write. If you don’t mind indulging this foray into my health, I think I need to process before I can move forward if that makes sense.  And I want to go forward.  To read part one first, click here.

In 2011, I contracted double pneumonia that almost wiped me out.  I was in the hospital for nearly three weeks.  My understanding, after the fact, is that I’m blessed to be alive.  My kidneys were beginning to shut down, which resulted in a couple of dialysis treatments and my heart was going into Afib.  I was in ICU for the first week and don’t remember all the details, mostly just impressions. I ended up with plasma and blood transfusions.  I had a thoracentesis to draw fluid off my right lung.  I was too sick to pray for myself, but I kept getting reports that others were praying for me, and that was what sustained me.  I knew God was with me, and I wasn’t scared.  I felt safe like I was in good hands.

The fear came later after I was home. I was sent home on a bitterly cold night.  Rocky’s mom was with us and between the two of them – one pulling and the other pushing – they managed to get me up the steps from the parking lot and into our apartment.  It took me several days (ok weeks) to adjust to being home and trusting that I would be alright without around the clock care.

Rocky’s mom stayed with us a few days; my sister came after that, followed by my parents.  I remember the day my parents left, my dad knew I was apprehensive about being alone while Rocky was in classes.  He reminded me that God would be with me and that I had to be on my own sometime.  In other words, he was telling me the time was now, get on with it already (but in a nice way).  So, I did for the most part.  We still had a few people who sat with me on the evenings Rocky had to be away, but eventually, I got used to being by myself again.

And, finally, I made it back to work.  I didn’t want to go back to work.  Not because of my workplace – they were wonderful to me and very supportive- but because I was so drained.  I don’t think I realized until some time later just how much the pneumonia had slowed me down.  I’m sure I didn’t pull my full weight at work, but still, they were gracious and showed me Christian kindness.  Everybody pulled together to help me.

After the pneumonia, everything in my life became defined by pre or post pneumonia.  My whole life became measured by that event.  The year before the pneumonia I had been through surgery and had finally been feeling like I was back on track, and then the pneumonia hit.  After the pneumonia, I assumed that I’d feel like myself again soon enough.  But I didn’t.  I had good days, but they seemed few and far between. My tolerance for almost everything was on a short leash.  The simplest of things seemed more than I could handle.  And I was suffocated by fear.

Fear of everything.  I became more aware of death and getting older and how short life was.  I lived life waiting for the next bad thing to happen.  I remember in the winter of 2012 holding my breath hoping I wouldn’t succumb once again to pneumonia because I wasn’t sure I’d survive it a second time.  I started questioning my faith and my salvation and whether or not I’d done everything right to be accepted by God.  (Knowing full well that it is all about his grace and my faith).

Quite honestly, I believe I was under attack from the enemy, he was trying to push me to the depths of despair while I was in such a weakened state.  I prayed a lot and clung to the scriptures that had sustained me while I was sick.  I put on a brave face and tried my best to muddle through.  And, I must just say here, that God was and is faithful to me.  He has been my rock through everything.

I lasted about a year after returning to work. Then we moved.  I haven’t worked public work since.  The day I knew it was time to leave, was such a liberating day.  My job was our primary source of income while my husband was finishing school, but I knew God was telling me it was time, and I knew he would provide.

We moved back to my hometown to the little house we’d been fixing up next door to my parents.  My mother was battling Alzheimer’s, and my father was no longer driving due to Macular Degeneration; it was becoming more apparent that my parents needed me.

The first few months back home were filled with good days and some pretty bad days as we all adjusted to the new normal of living with Alzheimer’s.  It was very taxing mentally more so than physically.  I still had days that I felt wiped out and barely had the energy I needed for essential tasks.

My husband would shake his head that something as simple as basic housework or going to the grocery could make my whole body ache.  I couldn’t explain it.  The simple everyday things that most people do like cooking, dishes, laundry, scrubbing the toilet, running errands, etc. became overwhelming to me.  There were many times that I didn’t want to go out or attend events because the effort just seemed like too much.  I struggled with feelings of guilt, inadequacy and wondering if I was just lazy, or was I really that tired.

I had known for several years, long before the pneumonia, that I sometimes got tired easily and that I ached quite a lot.  I would have good energy days that everything seemed to flow. I managed most days to function.  But, if I had an especially tiring or busy day, or if we’d go on a trip, even just a day trip, I’d pay for it later.  It would sometimes take me several days to bounce back.

I had even suspected that I might have something going on with my autoimmune system, but for whatever reason, that route was never pursued.  I also had a lot of hormonal issues, so I chalked a lot of my tiredness to that.  No matter how tired, overwhelmed or depressed I became, it got better sooner or later.  So, I naturally assumed after the pneumonia that things would eventually get back to normal.  And, although I did see improvements and even had some excellent days,  almost four years later, I was still floundering, and I was still aware that I had not bounced back to my pre-pneumonia state of health. 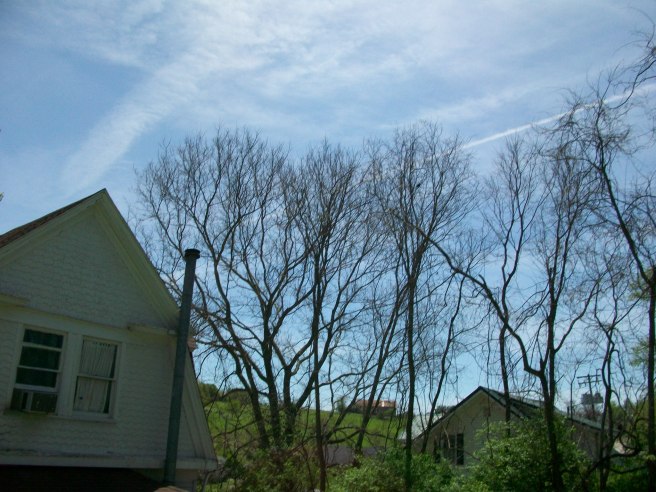 Come back tomorrow (or soonish) for the rest of the story?