A sister is someone who owns part of what you own: a house, perhaps, or a less tangible legacy, like memories of your childhood and the experience of your family.

My grandmother bore 15 children and had one miscarriage.  My mom was child number 11, born in a leap year and teased about it all her life. Of the 15 children, only 11 lived beyond the age of two. In that line-up, Mom was number eight. There were four years between her and the youngest of her older siblings and three years between her and the oldest of her younger siblings.  She was caught in the middle and was somewhat of a loner. 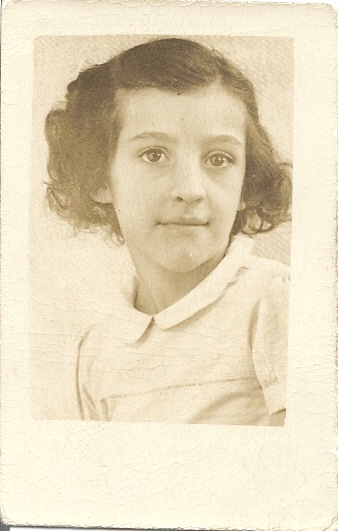 The house they lived in at the time was a two-story house in Wallingford, Kentucky.  We drove by a few years ago and took pictures.  Mom loved that house, partly because she loved houses in general, but mostly I think because of the memory of Mary Esther.

Every time I look at pictures of my Mom as a child and young woman, I wonder about Mary Esther and if they would have been best friends growing up. Would Mary Esther’s pictures look like duplicates of Mom’s?  I’m sure Mom would have looked out for her and protected her.

They are reunited now and I am certain that Mom is regaling Mary Esther with memories of her childhood, the house in Wallingford, growing up in a large family and how pleased she was that Mary Esther looked just like her.

Sisters are wonderful blessings and I too have a sister named Mari.  I was seven when Mari Beth was born and I got to choose her name from a list of Mom’s final two choices. We share so many memories of Mom and growing up in the final house that Mom loved.

I am so thankful that I have a sister to treasure and that we “own memories together.”

I thank my God upon every remembrance of you

Grace for the journey,

Come back tomorrow for more of the journey?  Just a reminder that I usually post later in the day. Clicking on the ladybug graphic will take you to the first page in this series with links to the daily posts. Thanks for reading!

5 thoughts on “Sisters and Memories”