I did something today that I have never done before.  I paid for a gym membership.  And I walked the track around the basketball court.  Twenty-two laps equal a mile. I walked twenty-two laps.  I think.  I got distracted once, talking to a lovely older woman and may have lost count.  She did 56 laps.  Baby steps.  One day soon, I too will do 56 laps, which according to her is about two and a half miles.

The only other time I have been to a public gym for exercise was on the seminary campus and it was free to students and their families.  Well, technically, we actually did pay a lot for that gym membership if you count the tuition.  But to officially join a gym that required me to commit up front to a three month contract without possibility of refund.  Today was a first.

I did this because I decided that my health was worth it.  When we lived on campus we went to the gym and walked fairly regularly, but we took it for granted and so missed quite often and didn’t really take full advantage of all it had to offer.  Well, Mr. Piano did join a water aerobics class once.  The women were very gracious to him.

Anyway, moving on, my health is worth the moola.  Back in the summer we were walking at the park quite often and it was a work out because there were mountains.  Ok. Hills.  Small ones. And it felt good and I was noticing a difference.  Then, it got cooler and then cold and we dwindled down to once a week, then not at all.  Every time we went it was like starting over and I would use any excuse not to go.

Did I mention that my health is worth it?  It makes me feel better to walk.  My clothes fit better.  I have more energy.  But, I need consistency.  I need to know that I’m going three to four times a week rain or shine, warm or cold.  So, for the next three months until it warms up a bit, I’ll be walking at the local gym.  Every day.  Minus three, or four.  The point is, I will have no excuse for consistency or lack thereof.  Unless of course the roads are impassable due to a blizzard.

I figure by spring I’ll be back in the swing and feeling much better and transitioning to the park again will be easy peasy.  And those hills?  They’ll be a new challenge that I’ll be ready to meet.  And, Mr. Piano?  Joined also.  We’re like that, the two us, we do things together.  He’s a showoff though.  He did more laps than me and he jogged part of the time. 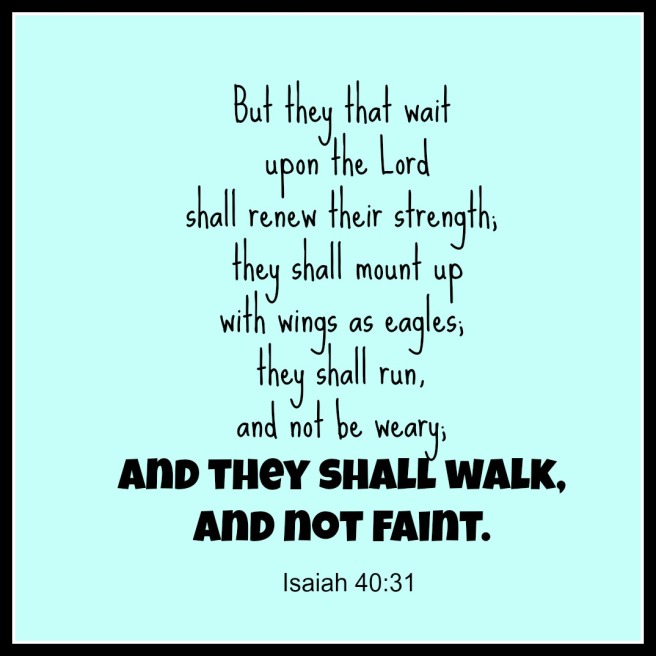 Hopefully in 2013 we will REMAIN healthy.  How’s that for using my word of the year?  Go me. 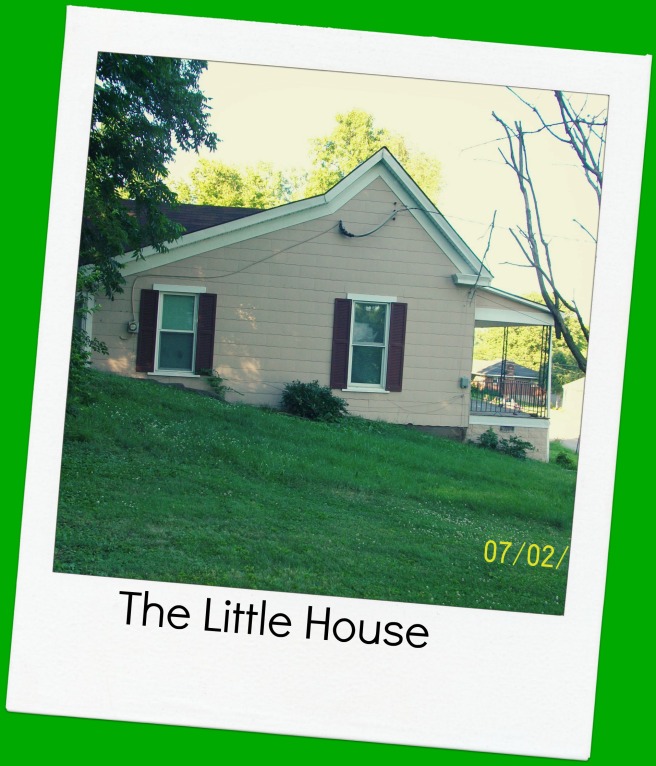 This little house sits next door to the house that has been our family home since the summer I was 16.  My parents still live there.  Over the years there were many neighbors in the little house.  For a few years a wonderful couple lived there after they retired from the military. When they passed away, the house went on the market and eventually a young teacher ended up with the house.  She painted it Puppy Paws, which I believe is an Olympic paint from Lowe’s.  It has a rather pinkish cast.  Anyway, she lived here for a year or so and then got married and they lived here another year, then they accepted teaching jobs elsewhere and put the house on the market.  We almost bought it then, in 2007.  But we didn’t.

Three years and three renters later, my Dad was tired of not knowing who his neighbors would be, he was tired of his steep driveway and wanted back access to his property and I was hankering for a little house to call my own even if it was only on weekends.  So, we made a deal.  He’d buy the property, We (meaning my brother, his assistant and my dad) would fix up the house and then when Mr. Piano graduates we’d purchase the house from him.  In the meantime we’d have a little weekend get away and a little cottage to come home to on school breaks etc.  I’d always thought it would be fun to have a second home like those people you read about who can actually afford a vacation home.

The only hitch in having my second home?  I didn’t really have my first home since I was living in a campus apartment and had sold my dream home in Tennessee when we moved to Louisville for my husband to attend school.  See picture below:

I’ve always done things backwards and there is a rather satisfying sense of irony in having my second home before I have my first home.  So to speak.  And just so we are clear, I do not have the means to own two homes in any real sense of the phrase ‘two homes’.  It’s not all that.  We got a really good deal on the little house because….brace yourself….this is a sampling of the condition it was in when we found it:

The kitchen looks totally different now, thanks to my brother.  We were fortunate that the fall of 2010 his business slowed down enough for him to spend the fall and winter doing updates and he was reasonably priced.  And he is talented.  And we did the bare minimum to make it work as a little get away house.  Nothing fancy, just clean and simple.  I will do some before and after posts soon.

To be fair to previous owners, the young teacher had the house very clean and did some painting and updates, but unfortunately the renters after she moved out weren’t so kind to the house.  We gathered several, like at least 13, large, yard, garbage bags full of junk that the last renter had left behind.  It looked like she had left in a hurry as there was something in a pan on the stove that looked like chili and my Dad found out the hard way that we shouldn’t open the refrigerator door.  It had to be thrown away which is a shame as it looked fairly new.  We let our appliance guy recycle the stove when we purchased a new one as I wasn’t too thrilled with keeping it either after seeing the “leftovers” in the pan (we’re talking several weeks).  I have a picture of the garbage we threw out, when I find it I’ll scan it and let you see that I’m not making this up!

So, here we are two and a half years later and our “second” home has become our only home.  For awhile at least.  Mr. Piano, is getting ready to defend his dissertation on January 15th.  After that he will do some final editing and then it will be off to be bound and printed, then we wait for graduation in May.  He was supposed to graduate in December, but, well, that is a long story, and a stressful one, and really couldn’t be helped. He is essentially done and after next week, he will be done, but since graduation only happens twice a year, it won’t be official until May.  Then, God willing, he will have a teaching job in the fall.  He has been applying like crazy to colleges.  Frankly, we don’t know where we’ll end up, or when we’ll be there.

In the meantime we remain here in the Little House, in a small Kentucky ‘burg, living in our second home, waiting on a job that will presumably take us to our first home, unless, something would pop up close by and then our second home could be our first home.  We are open to God’s plans.  We wait on him because we know he is faithful.  We are learning to rest, trust, and listen.  In Him we Remain, because he is our true home.

Update: If you are here from the Lettered Cottage, Welcome!  This is part two of a two part wrap-up and new beginning post that also includes my word for 2013.  You may want to start with Part 1. Thanks for visiting and please feel free to leave a comment!

When I started my out with the old, in with the new, state of Sadie address yesterday, I had no idea the direction it would take.  I had jotted down some random thoughts earlier in the week and had caught up on several blogs which gave me food for thought.  I basically meant to do a little discourse about my 2012 word and introduce you to my 2013 word(s) and my thoughts about that and lessons learned and so forth.  You get the gist.  I just thought I’d serve up something clever and be on my merry way into 2013.

What I wasn’t prepared for was the depth of emotion that looking back welled up in me.  In looking back at 2012 I had to actually dip into 2011 for it to make sense.  Everything just came together in one big blur.  I say blur because I actually cried.  I wasn’t expecting the tears or the path I found myself on, but I went with it.  I figured it needed to be said, at least for my benefit and since only about five people besides me read my blog I thought maybe I could be indulged.

I don’t apologize for yesterday’s rather long post or the content because it did help clarify some things for me.  And I think it was necessary for me to deal with the emotions in order to move on.  I realized that over the past few years I have gone through some things (who hasn’t?) in a way that got through them, but didn’t actually deal with them.  They were filed to sort through later.  I also realized that in October of 2012 I began dealing with them in a non-planned sort of way.  I think the cracks in the dam finally gave way and I had no choice.

I came to realize that I had to totally depend on God and trust Him for everything, which led me to the epiphany that I had to rest in him, wait on him, trust in him, and listen for his truth.  Of course I knew all this, but it sank deeper into my soul and found roost.

Around this same time, I remember reading John 15:4 – “Remain in me, and I will remain in you. No branch can bear fruit by itself; it must remain in the vine. Neither can you bear fruit unless you remain in me.”  The word “remain” lodged in my heart and my first thought was that this would be my word for 2013.  It would be a reminder to rest, wait, trust and listen.  I even wrote it on my kitchen chalkboard wall to remind me, so it sort of became a word for me in 2012 too, along with Joy.

I think Joy will still linger in 2013; Remain will definitely be big this year and I’m pretty sure a word lover like myself cannot be satisfied with just one word, so stay tuned.  I am excited about the possibilities for 2013 – to grow, to learn, to heal, to discover words, but most importantly – to remain.